Famously, when Alexander the Great was 33, he wept because there were no more lands to conquer. By the age of 21, Johan Neeskens will have known how he felt.

Phenomenal run
Neeskens came into the great AFC Ajax side at the age of 18, and won the European Champion Clubs’ Cup in each of his first three seasons. He then spent five seasons at FC Barcelona, winning the UEFA Cup Winners’ Cup, before, at 27, he quit European football to join the fledgling North American Soccer League in the United States.

Surprise move
A brief spell at FC Groningen in 1984 notwithstanding, Neeskens made his return to Dutch football as assistant to Guus Hiddink with the national side seven years ago, before becoming youth coach two years later. Then, in summer 2000, he took charge of NEC Nijmegen, who had avoided relegation only on the last day of the previous season. It was a bewildering move: even by Dutch standards, NEC are a tiny club. But Neeskens’ impact has been explosive.

Young talent
“Before I arrived I saw NEC play in eight games,” he told uefa.com. “In those days they didn’t look very good and there were too many old players. So when I took over I immediately set about bringing in as many players as I could who I had coached with the national Under-18 squad. We began the first season well, with a club record of 12 games unbeaten, but we had some problems with suspensions and ended up finishing 12th.”

Neeskens: “We only have 20 players in the squad, and not all of them are of the same quality.”

‘One better’
The progress, though, has continued. “In the second season, you have to try to impose stability, to go one step at a time, and we finished ninth,” Neeskens explained. “Our aim this season has to be to try to go one better than that, and so far it’s going very well. We only have 20 players in the squad, and not all of them are of the same quality. A lot depends on whether we get injuries and suspensions.”

Club record
Before defeat against league leaders PSV Eindhoven on 8 March, NEC had climbed to joint-fourth, and goalkeeper Dennis Gentenaar had broken a 27-year club record by going 644 minutes without conceding a goal. “He’s a very confident player, who spreads that confidence to his defence,” Neeskens said. “He has good reflexes and two very good feet. It helps as well that he’s a local player, because it means that the fans can identify with him.”

‘Young and hungry’
At 27, Gentenaar is virtually the grandfather of the team. Without much money to spend, Neeskens’ transfer policy is based around youth. “I want people who are young and hungry,” he said. “We have a lot of 19 and 20-year-olds. I think it’s very important they should be playing at that age and not sitting on the bench at a bigger club.”

Neeskens: “I was lucky when I broke into the Ajax side that there were a lot of experienced players there and they helped me”

Lacking responsibility
At that age, of course, Neeskens was winning Dutch doubles and worldwide recognition. “I was lucky when I broke into the Ajax side that there were a lot of experienced players there and they helped me and taught me a lot,” he said. “But here, with so many young players it’s OK when you are winning, but a lot of these players lack responsibility to take control when things are going badly.”

Tremendous prospect
So, to a man who has won so much, what would qualification for Europe mean? “It’s never happened to NEC before, and to do it with such a young squad, well, that would be tremendous.” 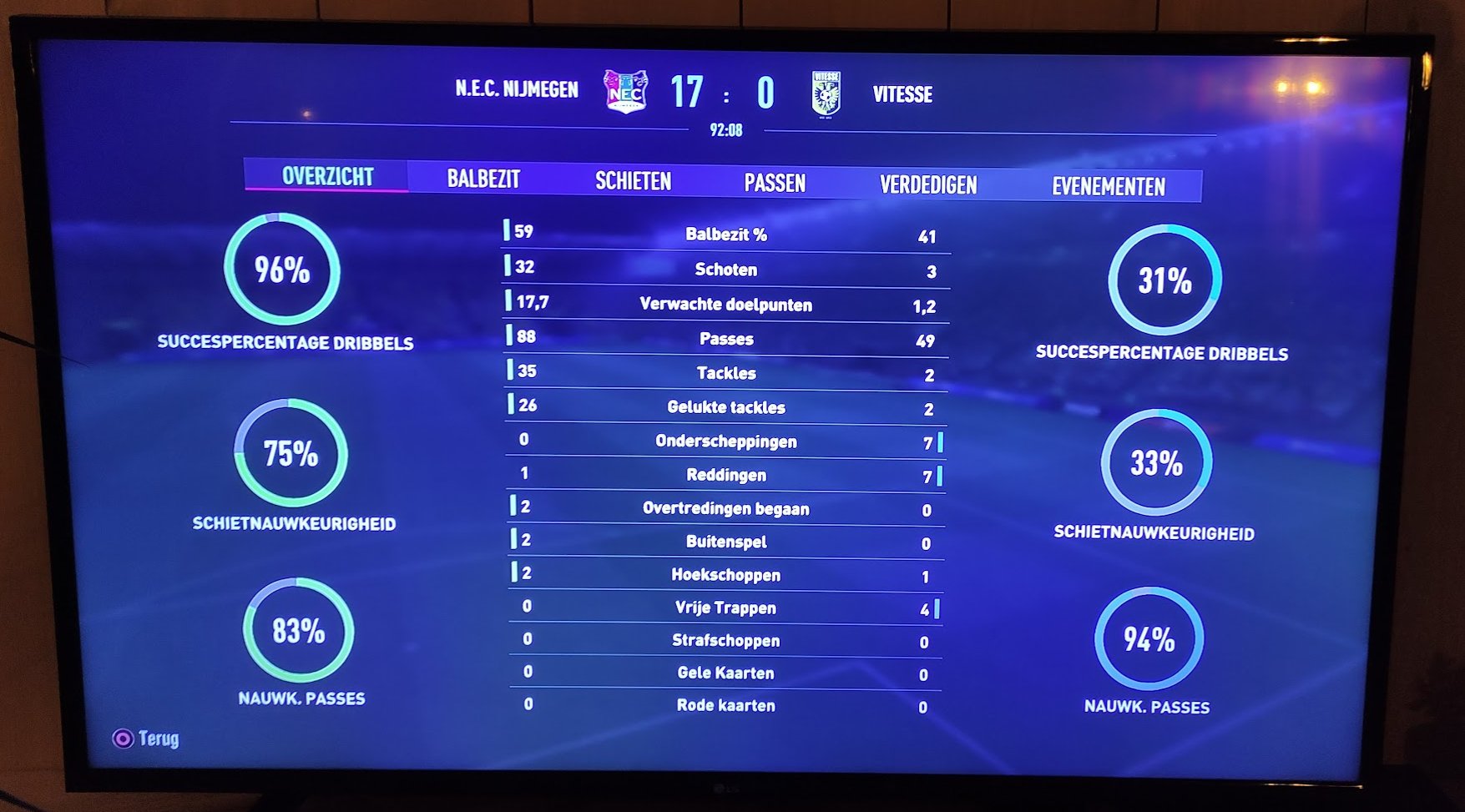